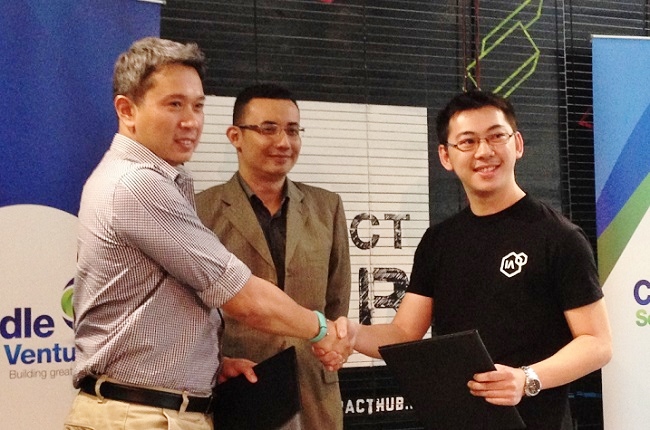 That honour goes to Kuala Lumpur-based e-commerce marketing startup Involve Asia, in a Series A round that involved a co-investment with Silicon Valley-based 500 Startups.

500 Startups has injected an undisclosed amount – but which was described as being in the single-digit US$ million range – to help the startup in its regional expansion and product development.

“We have great hope that Involve Asia will either reach profitability or secure further investments for continued growth, which in turn will greatly improve our exit potential,” he told a media briefing in Kuala Lumpur on Dec 7.

Founded in 2014 and previously known as ShopStylers, Involve Asia is an e-commerce focused digital performance marketing platform that connects online merchants and brands to end-users via digital publishers.

Its CEO and cofounder Jimmy How said Involve Asia also launched its platform in Indonesia in October, and is planning to venture into Thailand soon. It is already present in Malaysia and Singapore.

“The funds raised from CSV and 500 Startups will be spent primarily on expanding our operations across South-East Asia, as well as for technology development and developing partnerships in the region, particularly in Indonesia,” he said.

He said the extra funds will help the startup operate for at least another year till its next round of funding.

Founded in 2014, Involve Asia now has more than 80 Asean online merchants and over 1,000 publishers in its network, according to How.

Meanwhile, Aziz said CSV is in the midst of finalising two more investments.

“We will close the deals by the end of this year, thus closing a total of three investments deals for 2015,” he said, adding that one of the investment deals will also be a co-investment.

Aziz said that CSV is excited to continue playing a prominent role in Malaysia’s venture investment ecosystem, particularly in the pre-Series A and Series A stages.

“We look forward to more co-investment opportunities, specifically with the region’s venture capital funds. As the number of startups grows, it is only natural that the support base needs to grow along with it.

“This syndication shall provide CSV with a wider and deeper pool of deal flows, which will further strengthen our ability to support Malaysian startups to be regional or even global successes,” he said.

During CSV’s official launch in June, Aziz had said he hoped to grow the fund size to RM100 millionwithin the next 12 months with the help of private sector investors.

“It’s because currently, our internal strategic focus is to continue to make more investments, to build a good pipeline of deals and create a track record for CSV,” he said. — Digital News Asia